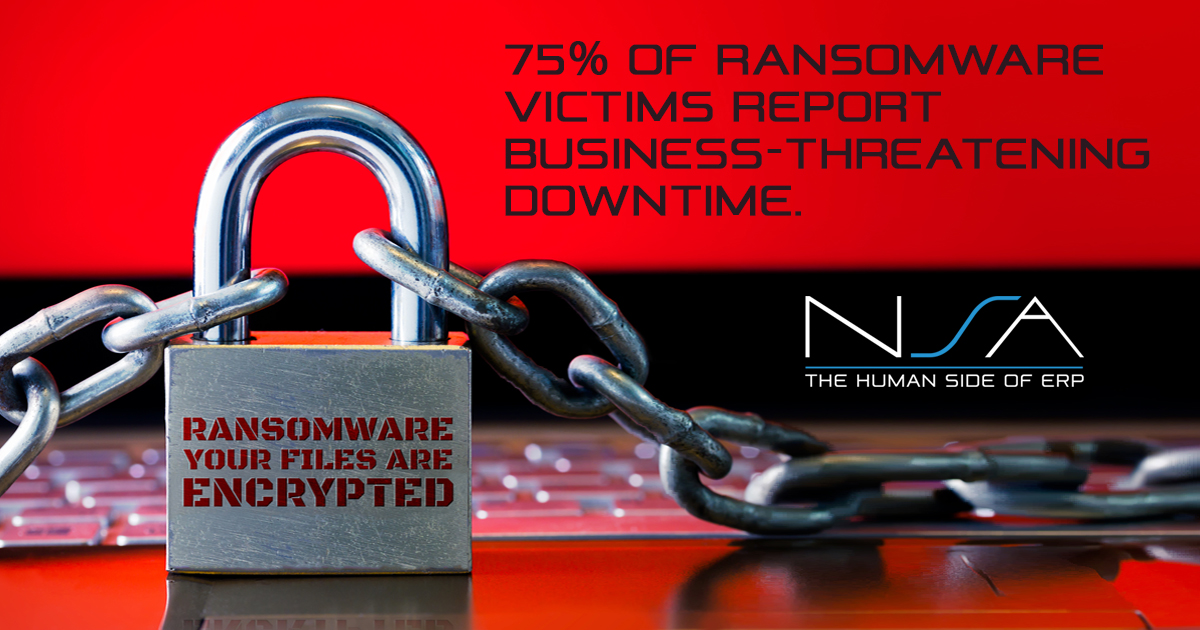 Ransomware Report: The Current State of the SMB Market

We’ve seen it more frequently on the news lately, large global corporations in trouble for data breaches, hacks, and other gaps in security. But the truth of the matter is, these large corporations aren’t the only ones at risk. A recent report studied 1,700+ Managed Service Providers (MSPs) serving 100,000+ small-to-mid-sizes businesses (SMB) and the findings are alarming.

In 2017, global ransomware attacks soared. According to the report, 97% of MSPs agreed that ransomware attacks were more frequent in 2017 than years previous. Additionally, 86%reported that SMB clients were victimized throughout 2017 with 21% reporting 6 or more attacks in just the first half of 2017 alone.

On a positive note, more SMBs are beginning to report attacks to authorities and less are paying the ransom requested by the attackers. The total cost of ransom paid to ransomware hackers in 2017 was $301M. But, the ransom isn’t the worst part of the situation. As a result of the attacks, 75% of MSPs reported clients experienced business-threatening downtime. Of those victims that paid up, 15%were still unable to recover their data.

Hackers these days are limitless. Their methods are advanced and brutal. CryptoLocker is still the most common variant attacking SMBs, but new and aggressive strains pop up every single day.Viruses can attack a system multiple times making recovery more complex for the business affected.

According to 99% of MSPs, the frequency of SMB targeted attacks will continue to rise over the coming years.No industry, operating system, cloud,or device is safe from these attacks. Don’t let your business fall victim to attack. Make sure you have a reliable backup and disaster recovery solution in place.

If you need assistance upgrading your security and implementing a solution, trust the experts at NSA. Contact our team here to get started.

WebPresented CRM, or WPCRM, uses the existing data in your ERP to provide key information to the sales reps so they can work better and smarter - whether that’s saving time, closing more business, or increasing margins. WPCRM was designed for the sales reps to be easy-to-use, valuable, and accessible.

Customers often ask how Microsoft deploys its own technologies. What were the initial catalysts for change? The challenges? The benefits? You’ll find those answers here. Microsoft IT Showcase provides what no one else can—the inside story of how Microsoft does IT. By detailing how Microsoft rolls out technology solutions across its own enterprise environment, we will inspire and equip you with the resources to inform your most crucial IT business decisions.

We love to talk about IT. It’s our passion. And we’re armed with some of the best technical minds in the industry. Our IT experts know what they’re doing and pride themselves on digging in to get the most out of technology. Our entire platform is based on their knowledge and we’re better for it.

Business Intelligent and Pricing Analytics.SPARXiQ delivers analytics, software, and training to help companies get the most out of both their data and people. SPARXiQ provides data-driven price optimization solutions that enable companies to quickly and easily improve margins and profitability. With the launch of an entry-level pricing solution, Switch™, clients can get results more quickly than ever using integrated modules for leading electrical industry ERP systems. Since our inception in 1993, SPARXiQ (formerly SPA) has generated billions of dollars of profitable growth for hundreds of organizations, including twenty-five Fortune 500 companies. For more information, contact Brian Weaver at NSA.

We know that a proper security strategy must include networks, servers and devices—all devices—managed easily through the cloud. Sophos products allow you to secure every end point of your network, from laptops to virtual desktops and servers, to web and email traffic and mobile devices. What’s more, securing these devices is made possible through products that fit your precise needs. We can ensure your network’s security by providing the one thing no one else can: Single sourced simplicity.

Sophos began producing antivirus and encryption products nearly 30 years ago. Today Sophos products help secure the networks used by 100 million people in 150 countries and 100,000 businesses, including organizations such as Pixar, Under Armour, Xerox, Ford, Avis, and Toshiba. As IT networks grow in complexity, we wanted a solution for our clients that was focused on keeping IT security simple and reliable.